Softball Coaching: Would you teach a whole team to slap? 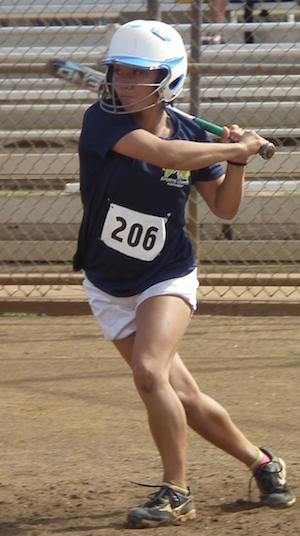 Would you teach a whole team to slap?

If you happen to find yourself in the extremely rare situation of coaching an entire team where each player *may* use slapping within the next year or two, then maybe. Barring that, my answer is no.

Just as I wouldn’t try to teach the whole team to pitch or block balls like a catcher, I wouldn’t teach an entire team to slap.

If I wanted to work with some players on slapping, I’d start with the most athletic/fastest on the team. Often these players are one and the same. The fastest are also the most athletic and vice versa. IF there is a player or two with less than ideal speed or athleticism, but a HUGE desire to learn, I’d probably work with them too.

For others who have no interest, less speed, and less athleticism, I’d stick to working with them on what’s going to help THEM most.

Can some players hit right, hit left, hit for power, and slap?

Some can. Because they are athletic enough to do so.  Those players are not your average player. That’s why, as I stated above, I’d start with the players that have the athleticism to add slapping to their repertoire relatively quickly.

But anyone who can hit for power can also slap.

Assuming that anyone who can hit far (or anyone that has speed for that matter) also has the athleticism and hand eye coordination to hit with precision while in motion is going results in wasting time for players who will make bigger gains focusing elsewhere.

Look, my daughter hit left, sometimes hit “for power,” and slapped. I know it’s possible. This isn’t because she was a “good hitter” or because she was “fast enough,” but because she was ATHLETIC enough and also WANTED to learn to slap. Which goes back to my first point about deciding who to work with on slapping.

But sometimes it’s beneficial for a power hitter to slap a ball through a hole in a critical situation instead of fly out.

If she can slap a ball in the hole, she can hit the ball through a hole. I wouldn’t take my greatest bunter/on base percentage hitter, who doesn’t have HR power, and try to turn her into a HR hitter in hopes that she will hit a HR in a big situation instead of rocking what she does best…finding a way to make things happen.

Many power hitters are not high % hitters. Typically they hit big and miss big. If they regularly miss the ball while standing still, why would we try to have them hit while in motion when they don’t have the agility not the speed nor the hand eye coordination to consistently execute that successfully?

I’d rather see them work on hitting their big bombs more consistently rather than keep being inconsistent there while learning yet another way to hit inconsistently.

But, not all big hitters miss big. Some ARE high % hitters. Why not have them learn too?

If they are power hitters who are ALSO high % hitters, why the heck would you even mess with that and try to make them do something else? Are they willing to take time away from their regular hitting practice which is producing great results so they can learn slapping? Are you willing to take time away from what’s working to have them learn something that may never be relevant for them?

Why not find other ways to arm them with more weapons for their arsenal while also allowing them to continue playing in/to their strengths?

I do agree there are some fast not so great hitters that can benefit from slapping. If they aren’t very successful at the plate to begin with, they don’t have much to lose by learning how to slap. If they do better slapping than hitting away, they should learn for that reason. Because it is better and more productive for them and, therefore, for the team! Whatever is going to help any given player most, lets help them do that!

Also remember that not all players are served well by throwing MORE “stuff” at them. More is not always better.

It’s frustrating for everyone when coaches/parents look at players and think, “well if so-and-so can do it, anyone can.” Well, maybe. But just because they CAN doesn’t mean they should.

All players are NOT the same. They each have their own unique strengths and gifts. Enhance what they have, yes. Give them as many weapons as possible that make sense for them, yes. But stop trying to turn them into something they’re not. And for goodness sakes, put the cookie cutters away. Does that make your job as a coach harder? Yes. But who said coaching was easy? 😉