It feels better, easier to accept, when you have just ONE thing to blame when things go badly.  It helps you feel like, if you just fix this ONE thing, things will work out next time. Laying all blame on ONE thing means you don’t have to look at, or address, any of the other issues lurking about.

But you and I both know, it’s never just that ONE thing. No game ever comes down to just one play or just ONE inning. Every game is full of wasted opportunities and less than perfect execution. All those moments add up to the sum total of a game, never just one.

Chances are, if you focus on fixing just ONE thing, something else will “get you” the next time. That’s why many teams suffer from that “ONE bad inning” over and over and over again.

Blaming that “ONE play” that “lost the game” may be easier, but rarely is it the root of a team’s problems.  Often times fixing it just treats the symptom and only provides partial, temporary “relief.” 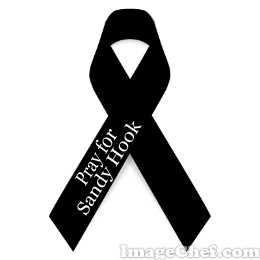 I feel the same way about the issues debated after the Sandy Hook tragedy.  First of all, my deepest condolences and most heart felt sympathies go out to all the victims and families affected by the events of that day.

I’m in no way trying to minimize or make light of what happened at Sandy Hook by comparing it to softball.  That’s not my intention at all.

Honestly, the loss of life in Connecticut is the kind of thing I have a very difficult time stomaching. I have 7 kids. The thought of losing any of them, in any manner, is not one I can entertain for very long without driving myself crazy. The thought of taking your child to school one day, but never bringing them home again is just unimaginable.

I usually just skip past headlines of such tragedy because reading, or seeing, or hearing about every senseless act in the world every day would not help me make a positive impact with my life. But for some reason, I didn’t skip this one. I let myself hear the Sandy Hook story.  Inevitably came the arguments over the “whys” and the “shoulds” surrounding the situation.

All the debates about what should happen now remind me of the “ONE play” or “ONE inning” mentality. Everyone wants someONE or someTHING to blame because that makes it easier to accept something which is, otherwise, so very horrifying.

It makes us feel better to think that if we just stop this ONE thing, or just change this ONE thing, we can prevent it “next time.”  It’s the easy way out.  It’s the fastest way to get over what happened.  The “ONE thing” mentality causes us to believe we can find, and quickly execute, a simple solution for our problem.  All we have to do is fix this ONE thing and we’ll avoid such a devastating loss “next time.”

But that’s a myth.

It would be nice if we could…because then we can say, “That kind of thing won’t happen in my neighborhood because…” OR “We can stop this madness by simply INSERT ONE ACTION HERE.”  It makes things less scary, less overwhelmingly awful.

But it’s not that simple.

Just like with softball, you and I both know, it never comes down to just that ONE thing. Never is ONE thing the root of a loss so extremely senseless as the shooting at Sandy Hook.  VARIOUS issues and problems are involved and the more we look for just ONE thing to blame…

The more we look for someone else (like the government or some special committee or some special interest group) to fix the problem for us, the more helpless and victimized we become.

Real change, in any area of your life, always begins with YOU.