SuperBowl XLIX: Why didn’t they RUN the ball?

I have to admit.  I only watched ONE football game all season and it was the SuperBowl. Even then, I didn’t really pay much attention. I was too busy talking with friends.

Anyway, one of the main things that sticks out in my mind is how much HEAT Pete Carroll (and his staff) is getting for not letting Marshawn Lynch run the ball into the end zone at the end of the game.

— Nevermind that they won their conference.

— Nevermind that they probably knew Lynch got the call to score 5 times this season and only got in ONCE.

— Nevermind ALL that. Coaches take a LOT of heat for decisions made in a “big” loss. Period. 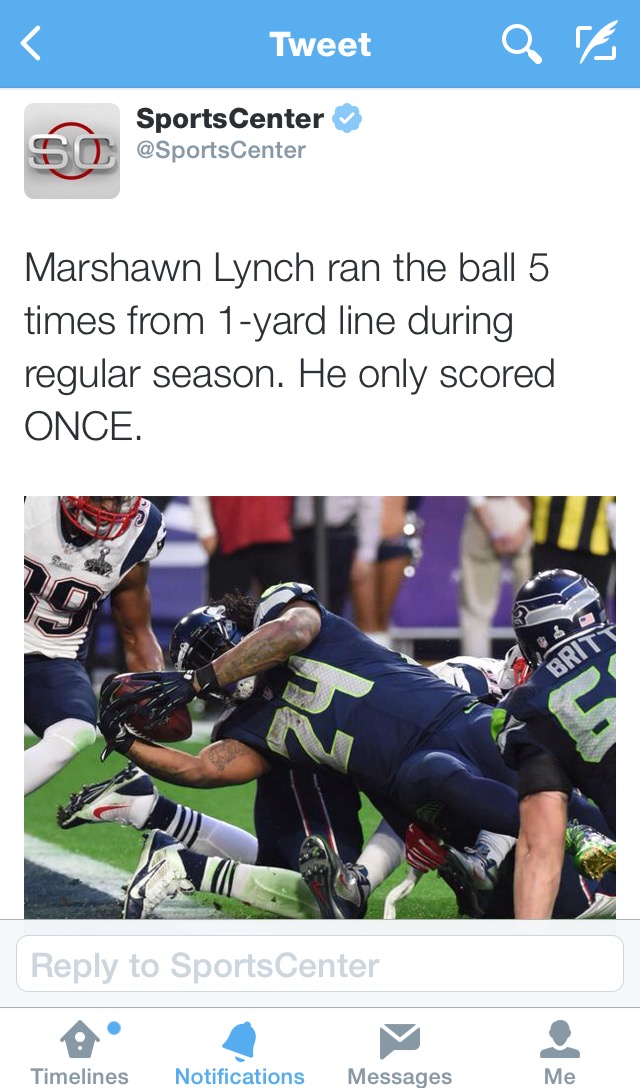