Why I’ve avoided the discussion about LiAngelo Ball

To be completely honest, I have been avoiding any engagement in the discussion of LiAngelo Ball and what should be done and what should or shouldn’t happen and so on and so forth. There’s a reason for that.

In just about every discussion, there is a lot of bashing and blaming and complaining and judgement and negativity I simply do not want any part of that.

So, the truth is, I don’t know the whole story. Then again, neither does anyone else, regardless of how closely you’ve been following every detail that’s been released by the media and the internet.

Is it understandable that people are upset? Sure.

Was it right for him to commit a crime? NO

Can he and his family handle it better? I’m sure they could.

Parents say and do unhelpful things when they feel their child’s future is under attack or threatened. We are WIRED to ensure the survival of our children. We will go into fight or flight mode when we think our children’s “survival,” in this day in age, “success” is being threatened.

in most of these circumstances, parents tend to freak out. They may even yell and scream and dish out some punishment they see fit, all of which aren’t the most helpful thing that can be done.

And these issues are not even “big,” criminal things.

Yet, most parents will still react in ways that are less than ideal even with these “small” things. Is it really any wonder that the same is happening with this Dad? Just on a larger, more public, more extreme scale since the circumstances are more extreme?

What would happen if we stopped judging parents based upon their weaknesses and stopped attacking them for and in their worst moments? I wonder if parents might actually have a greater capacity to respond in more helpful ways in these kinds of situations. If they would have the space to actually work with their child through these kinds of situations vs just feeling the need to so radically defend their child and themselves.

In sports, we aim to teach them to “let it go” and “move on” when they make a mistake (even if that mistake “hurts” themselves and the team) and yet we simultaneously hope they suffer forever if they mess up in real life? People are pretty much hoping this guy never plays basketball again and that his career is forever gone because of one moment.

Is that the way it happens sometimes? Yes.

Does that mean it’s helpful or right or okay or good to wish that hardship on others?

Why are we trying to teach our own kids how to move forward from mistakes in sports, but hoping other people’s kids get doomed forever for mistakes outside of it?

Don’t we purposefully try to teach our children that they can learn from mistakes and become better and stronger because of it?

Why are we wishing for something completely different than that in real life, where moving forward and getting better matters even more? In sports, if an athlete stays down and doesn’t know how to recover from their mistakes, it hurts them and the team. But, in real life, it’s not just a team, in a game, that they’ll be of no use to if they don’t move on or if they are doomed to suffer forever.

People who get stuck in their problems cause more problems. They cannot serve their unique purpose in our world in that state.

When people are feeling hopeless and unworthy they do not become productive, positively contributing members of society.

Why would we wish feelings of “I suck” or “I’m a terrible person”or“I don’t deserve to be successful” on anyone in our world? How does that help US?

We are so harsh on each other (and often on ourselves). We lash out and treat anyone who is not like us unkindly. We behave negatively toward those who do not do what we think they should do (or say or think). Isn’t that what bullying is???

Is it really any wonder that we have so many people, including teenagers, dealing with depression and or contemplating suicide? We leave them no hope.

We basically tell them they don’t deserve anything good in life once they make a mistake. That their life now has to be worse than it would have been or else they “won’t learn their lesson.”

We tell them one thing in sports and a completely different thing in real life. Have you ever noticed that?

Why do we think that how someone else learns a lesson has to happen only the way we think it should, otherwise it’s not happening? Don’t even get me started about how our educational systems has us believing some really ridiculous ideas about how learning happens.

Look, I’m not saying there’s shouldn’t ever be any consequences. Because there always are consequences, no matter what, even when we don’t see them.

Even when punishments aren’t dished, out or fully received, there are always consequences. Our society uses the words punishment and consequence interchangeably, all the time, and they are NOT even the same thing! That’s another reason why we have an inaccurate and somewhat twisted understanding of all this.

Mr. Ball, for example, has already experienced a number of consequences because of this choice. He also has “the whole internet” and all kinds of media talking about it. He was in jail in China. His journey at UCLA is forever altered. Who knows what’s going on in other parts of his life because of this. We cannot see it all.

In sports, we tell kids to stay positive and don’t beat yourself up when you mess up, but we think they should be “beat up” on an ongoing basis in real life?

Isn’t the whole point of teaching them those lessons in sports so that they can actually use and APPLY them in real life too?

And yet so many people are wanting him NOT to be allowed to move on from this. They’re literally wishing future failure upon him.

I’ve even seen people talking about how his parents failed at raising him well. Really? Because their child made a mistake, they are failures as parents? Don’t we all have children who have made mistakes? Who have broken rules at some point? Who have lied about something? Does that really make each and every one of us a failure? Does it make our parents failures if we’ve ever broken the law and got a speeding ticket? What if we broke that law, thereby endangering others, but didn’t get caught or “no one got hurt?” Does that really make us so much “better” that we now have the right to condemn someone else? And even if it was “right” to do it, what is gained? Really, other than you feeling better than someone else for a little while, what is really gained our condemnation and judgement of someone else? And is that feeling even a true gain to begin with? Or is it simply masking some internal pain or unmet need that’s festering within you?

Our society puts SO much pressure on parents and often judges them based upon their children. This … is … so … dangerous!

I do NOT believe your child bears the burden of proving your worth as a human being or as a parent.

You are a valuable and wonderful and amazing human being in your own right. You do not need your child to prove that to the world for you.

But our society often judges parents, and the job they’re doing, based upon what their child does/doesn’t do, says/doesn’t say, etc.

That’s a LOT of pressure, and it only increases when your child actually achieves something and does some good (and ends up in the public eye).

So now, because your child has achieved more than most, they get less grace and deserve less understanding? They are under more pressure and have more demands on them, physically, mentally, and emotionally, and therefore, we expect them to break down less and be less human than others? We are harder on them if they fail like human beings do?

Why? How is that helpful or good for any of us?

On top of that, parents are seen as “bad” if their child doesn’t handle all of that perfectly?

When we put that much pressure on parents, they, in turn, tend to put a lot of pressure on their kids because they believe that their worth and acceptance in our society depends on their child. YIKES!

That’s a really unhealthy attachment that actually causes a lot of the problems everyone’s complaining about here.

Growth and learning and emotional development do not happen under intense pressure. Growth CANNOT be forced. You cannot yell or punish a tree into growing, we think it’s ridiculous to try. But we do that to our own children. If anything pressure and force HINDERS the very growth and development we want to see.

We do all that and then we wonder why kids (and parents) don’t handle these kinds of difficult situations well.

Maybe we are part of the problem.

What if our propensity to judge and attack and make negative assumptions based just upon our limited understanding of any situation is not the most helpful choice we can make as part of this community we all live in?

If you ever ended up in this kind of situation with your child, I hope that I would …

– reach out to you and offer support and encouragement

This is what I choose to do for anyone, even the Balls. Because they are likely feeling pain or fear or shame or sadness or overwhelm or guilt or frustration or desperation, they have to be, otherwise they’d be handling this all very differently. My hope is that they are able to truly let go of all of that and rise above it. Only then would we ever get to see the outcomes and behaviors we are wanting to see from them. But that’s not even the most important reason why I hope that happens. There are far more important things than us feeling satisfied that “justice was served” or us being satisfied that they “learned their lesson.”

I, personally, choose not to participate in the outrage or the judgement or the criticism or the blame or the negativity surrounding this issue, and as many other issues as I possibly can.

I believe that we are so much more powerful, and can effect more positive change, when we aren’t tearing each other apart.

The truth is, though, I have not always felt this way. I have been part of the crowd who rants and raves about other people’s shortcomings and mistakes. So seeing it others now triggers me and upsets because I still see it in myself and I KNOW how unhelpful and detrimental it is.

I have also learned that any judgement we hold for others we hold for ourselves as well. We all need, so much, to be kinder and more loving and more understanding with ourselves and others. Because love truly is the most powerful force in the universe and it CAN transform ANYTHING. We keep trying to change things through fear and shame and hardship and often create more of the very thing we’re trying to extinguish.

So I am working my a$$ off to be different than I used to be, to be kinder, to be more understanding, to be more patient, to be more loving, and to be more forgiving of myself and others. I am doing my very best to let go of my judgement for other people and simply BE the change because, Lord knows, this world needs it. 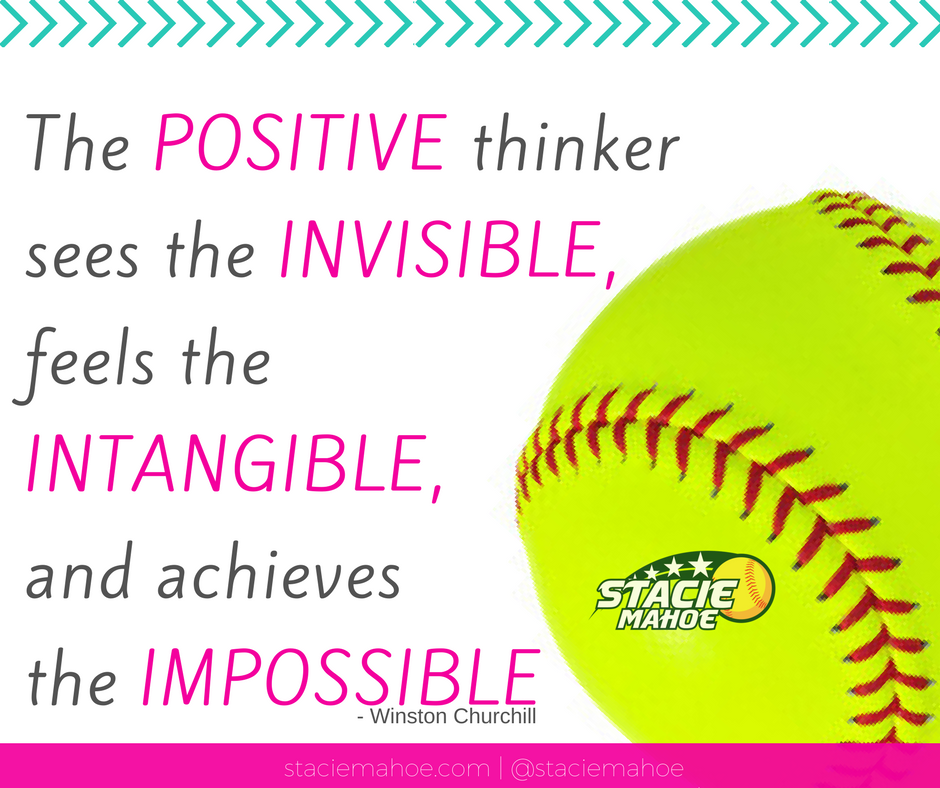