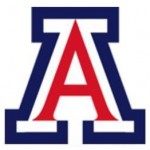 I know concussions do occur in softball, but how on earth does this situation happen?  Was this one of those cases where the ball was hit sharp into the dugout?

A University of Arizona softball pitcher has suffered a concussion after being struck by a foul ball during Sunday’s game against Washington.

Kenzie Fowler, a sophomore, was struck in the bottom of the third inning, with UA player Nicole Bryan at bat. She was taken to a hospital as a precautionary measure and was released Sunday evening.