One reason why you may not get the results you want

The other day I asked my daughter, 14, to take some things out of the fridge to give to the dog because they’d been in there a while and, while we may not want to eat them, they make perfectly good dog food (yes, we feed our dog a raw diet, but that’s another story).

One thing I asked her to throw out was a TRAY of chicken (but I just said “the chicken”).

I assumed she’d know which chicken I was talking about because this tray was the only chicken in the fridge…well, aside from the BRAND NEW WHOLE CHICKEN I just bought from the store that day. SHE put that whole chicken away when came home from the store. In fact, she asked whether she should put it in the freezer or the fridge. So I know, that she knew , that I just bought that chicken. I assumed she’d know that brand new chicken was NOT the one I wanted to give to the dog.

Wellllll, aside from my assumption (we both know what happens when you “assume” things right?), add to it the fact that, for some reason, I was annoyed when giving her the instructions. Just a couple days later and I can’t even remember why I was annoyed, I just remember feeling very little patience in that moment.

Instead of staying calm and patiently explaining exactly what I wanted, I was rather short and, apparently, not very specific, in my request with her. This, in turn, made her feel irritated with the task. Her irritation, coupled with the lack of clarity in my instructions due to my annoyance and lack of patience, resulted in the WRONG CHICKEN being thrown out!

The WHOLE CHICKEN I just bought, was given to the dog.  Imagine how I felt when I went to start dinner the next night only to discover the chicken I planned on cooking was no where to be found.  At least the dog got a great dinner out of it.

Lesson learned: no matter how frustrated you feel, do your best to stay calm and patient when dealing with kids. Getting annoyed and acting annoyed only annoys, frustrates, and irritates them. Then things don’t get done well which only creates more annoyance (and less dinner, in some cases). That’s just way to much annoyance, and far less productivity, for me and for you and for them.

Let’s not go there 😉

Sooooooo, QUESTIONS for you…

What kind of tone do you set for your team? What kind of environment do you foster? Is it one that stems from frustration and annoyance? Or do you cultivate a nurturing environment so players, not only grow, but thrive?

Of course, if you’re trying to work the mental game and you purposefully try to cause frustration while your team focuses on performing well anyway, that’s a little different.

But in general, what do you do?

The intentions behind your words are powerful. Makes sure you speak from the right place 😉 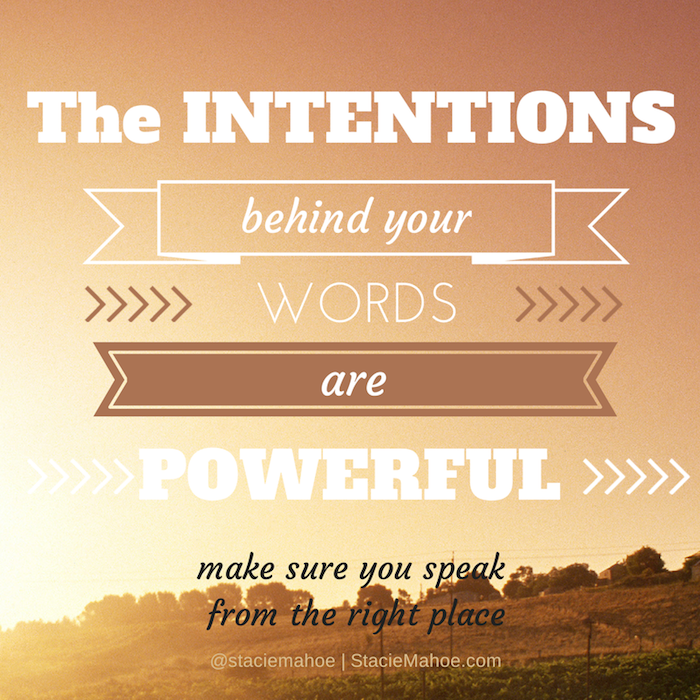