Should I Move My Daughter to This Team? 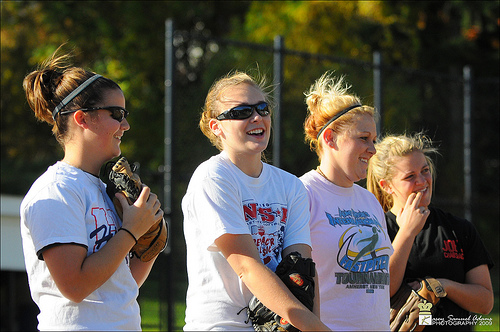 I often hear parents ask whether or not they should put they daughter on a more competitive and more successful team.  If that’s what your daughter is ready for and wants to do, generally speaking, it’s a great idea. However, one parent in particular mentioned that the coach of a team they were considering had a long reputation of dropping existing players for latest, hottest new recruits.  This parent had seen it happen.  Girls were dropped from this team after a year or two in favor of bringing on other good players that became available.  I was thinking his daughter was probably one of the “new” ones being brought on in favor of an existing player they wanted to or had already dropped.  Obviously he was worried about that same thing happening to his daughter.

Now it’s one thing to move forward as a program by removing players who are not a good fit and bringing on ones that are a better fit.  In that situation, it’s probably best for all parties involved even though it’s a difficult situation to have to go through on both sides.

However it’s another thing when the coach just likes to “trade up” any chance they get as if players are nothing but commodities.  Personally, it’s not a team environment I’m going to voluntarily sign my daughter up to be in (and pay to be a part of on top of that).  I want her to be surrounded by quality players and coaches.  I’m not going to sign her up for a team that happens to have good players because the coach possesses the skills of a smooth talking but sleezy car salesman and has happened to convince a handful of parents to come join his team.  It’s just not something I’d want to be a part of, nor is it a situation I want to voluntarily put my child in.

Remember, this is youth sports we’re talking about. While softball has definitely become more and more competitive and some of it is very, very serious, there are still limits to which I will go in order for my daughter to “get ahead.”  That’s not something I go after “at all costs” and certainly not at the expense of going against my values and not at the expense of my daughter’s experience with the game.  I prefer not to put her in a situations where she may get the idea that I actually approve of that type of “ambition.”

No coach is perfect. Every coach has their weaknesses, but I can accept that a coach does not know everything.  That’s okay, but I’m not going to choose a coach who “can help my daughter get to college” but does things in a way that conflicts completely with my principles with over one who embodies the integrity with which I want my daughter to play this game with but may not have the same connections and/or college recruiting knowledge.

Don’t wait for someone else to “take care of it” for you. Get informed.  Talk to others that DO have the expertise you need.  Ask questions.  Be proactive in the journey and in your quest to learn what you need to learn to make sure things work out well for your child.

In other words, if there is a great coach out there that may be a little weaker than another in one certain area, there are usually ways to work around that.  That one area, in and of itself, is not a good reason to choose or dismiss a coach and their program.

Remember to look at the big picture…..

Knowing the answers to these questions helps a great deal when choosing a team for your daughter.  Oh, and if you have the chance, talk to parents who already have daughters on the team.  Talk to parent of players who used to be with the team but aren’t any more.  What do they like most?  What don’t they like about the program?  What is the biggest thing, if any, they wish they could change about the program or team?  If they are no longer there, why did they leave?